We know very well what a trouble migration of your parse apps could be. There’s a lot of info on the subject, this is just a small part of the official documentation:


You can also find a ton of tutorials by users, trying to help each other, but don’t worry - there’s fast and easy solution: our “migration in a click”.

SashiDo’s team understands the difficulties that you experience and developed the only one available fully automated migration. It takes minutes, your app is safely migrated, completely for free.

Here are the steps:

When you’re inside the service - choose the button “Migrate from Parse.com” 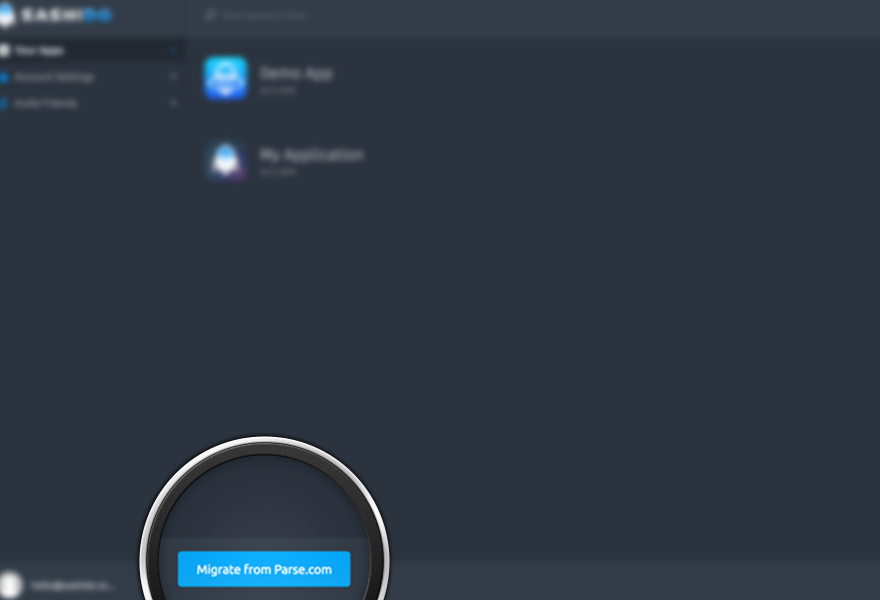 The service will ask you to provide your username and password from Parse.com. Don’t worry, we only use this info in order to find your apps, we don’t save it anywhere - safety first ;)

In a few seconds a dropdown menu will appear with all your apps, associated with Parse.com - choose the one you want to migrate and press the button “Migrate”. 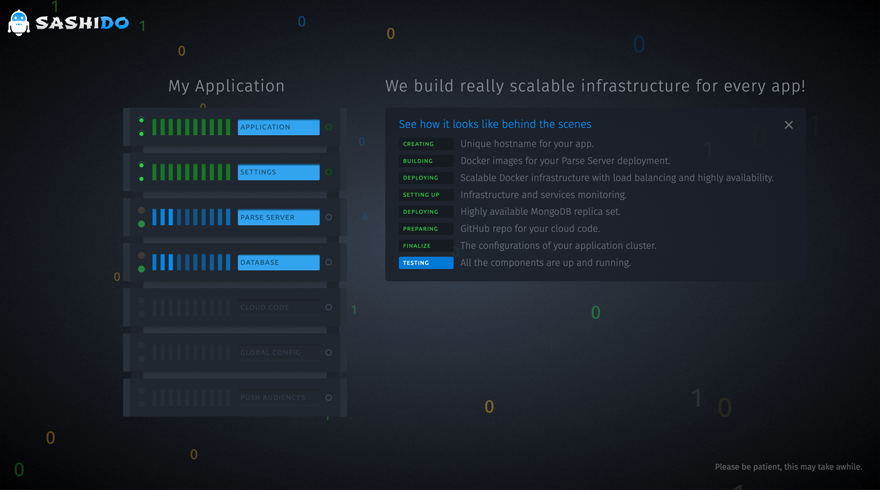 When the process is ready, a button “Continue” will show up. Press it.

We’re almost done! Your app will continue to work on Parse.com. Parse’s database is synchronized with SashiDo’s database for the next 24 hours after the start of the migration. Now you can install the latest version of the Parse SDK for Parse JavaScript, iOS, Android SDK etc., update your custom API URL (as the example below), test if your whole database has migrated successfully, set up certificates for push notification, check your Cloud Code and see if everything is working correctly. 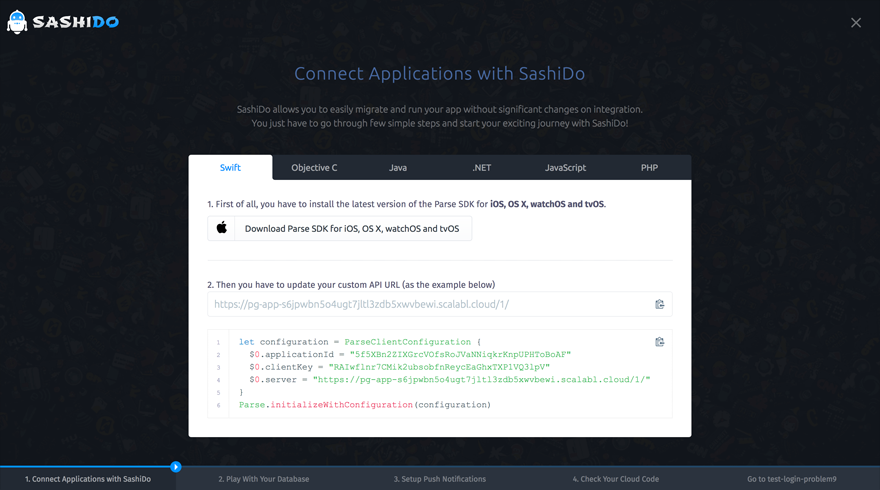 If you like it and want to continue using your app on SashiDo - finalize your migration on Parse.com during these 24 hours, which means your app will be using the new MongoDB instance. You have to go to your Parse.com application dashboard -> Core -> Migration -> and click the button “Finalize”. Don’t worry if it’s not active in the very beginning: sometimes it takes a little bit of time. Be careful not to click stop ;) 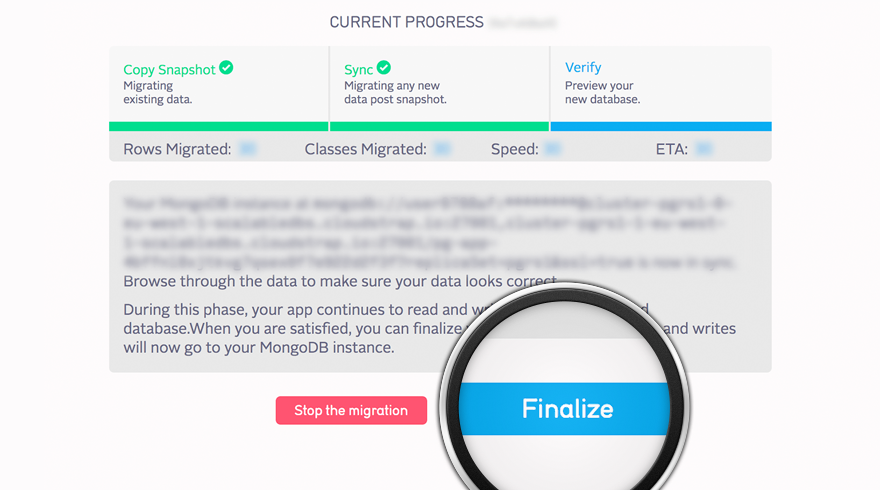 What will happen after finalizing?

After finalizing the migration your application will continue to work on Parse.com, but with SashiDo’s database. Your app’s old database may will stay on Parse.com until January 2017 and after this any calls to the hosted Parse backend service (api.parse.com) will cease to function. In order to avoid this, you should make a new build of the app with your app’s new security keys and URLs. You can find them on Your app -> App Settings -> Security and Keys (in SashiDo's Dashboard). Then just release the new version on App Store or Google Play.

If you experience any kind of problems during migration - contact us at support@sashido.io.